Each player receives 3 tries to hit the number they are shooting. Start at 1 and go to 20. If you hit the outer part of the number you move up 2 numbers, if you hit the inner you move up 1. The first person to reach and hit 20 wins. There are many variations to this game. Players may want to require the cork to be hit before you are allowed to shoot at the 1. They may allow you to get your three darts back if the number being shot at is hit with the last dart. Also, instead of ending on the 20 it may be suggested to hit the inside then outside corks. Any variations should be discussed before the game starts and based on the skill level of the players. 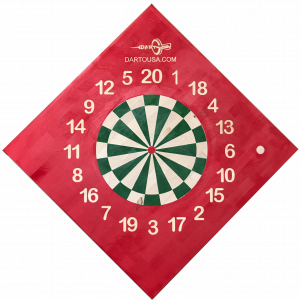